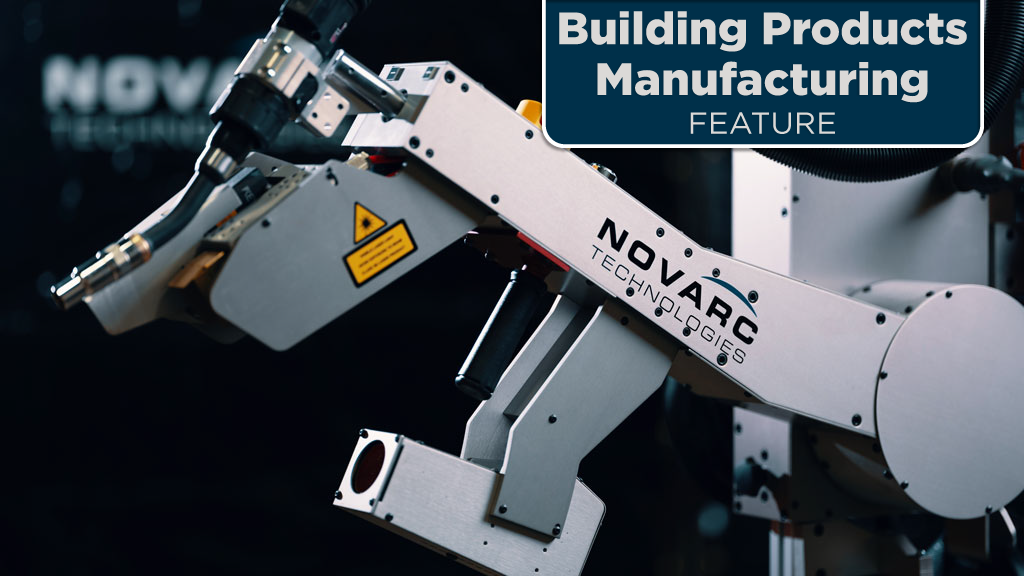 Published by: Journal of Commerce, August 2021.

“As the baby-boomers retire, there is going to be a shortage of 400,000 welders (in North America),” said Soroush Karimzadeh, Novarc’s CEO and co-founder.

“It is a huge problem,” he said as there is a growing demand for infrastructure, oil and gas, wastewater, shipbuilding and industrial projects, all needing welders for pipe fabrication leading to a breach between supply and demand.

Founded in 2013, Novarc is a Canadian robotics company that specializes in the design and commercialization of collaborative robots (cobots) for industrial applications.

That gap in skilled welders caused Karimzadeh, an electrical engineer who has long held an interested in robotics and artificial intelligence, to develop what he calls the world’s first collaborated spool welding robot (SWR) or cobot specifically designed to meet the needs of in shop fabricators and mechanical contractors needing welders.

The SWR automates the welding process but collaborates with an operator who positions the welding arm and inputs the welding instruction via computer terminal. The operator has a control panel that initiates the start and completion of the weld and has the ability to over ride any work the cobot is doing on the pipe.

Karimzadeh said the operator needs only basic welding skills as most information is pre-programmed, and, the cobot can perform high-quality and difficult pipe welds that would require a seasoned welder. Giving the cobot instruction is as simple as using a Smartphone, he said. Read More…

This site uses Akismet to reduce spam. Learn how your comment data is processed.