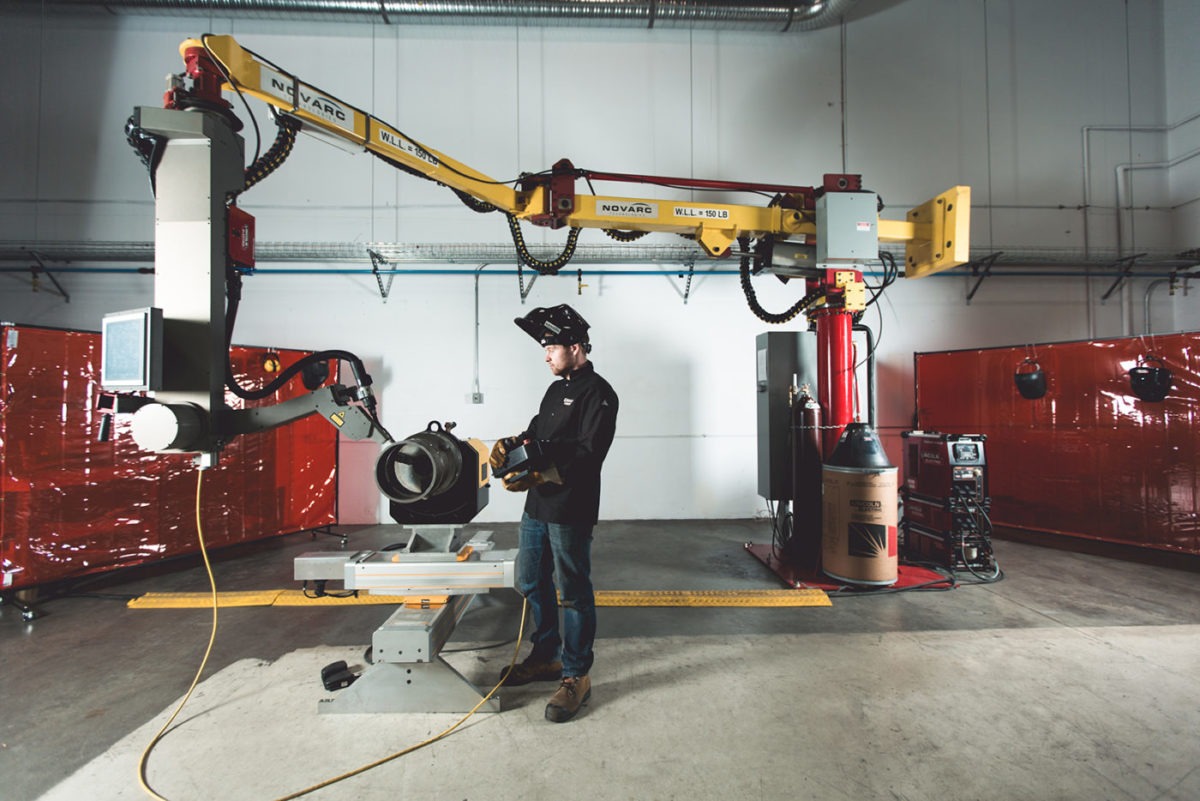 Robots and humans working together for perfect pipe welds

The SWR system from Novarc Technologies uses robotics and human input to speed up pipe welding and reduce errors and defects in the welds. Developed in the company’s North Vancouver work space by Soroush Karimzadeh, MBA, P.Eng and Reza Abdollahi, the system is the world’s first collaborative welding robot designed for arc welding in pipe applications.

Unlike conventional robotic cells, “the Novarc SWR does not need robotic programming, which is typical for conventional six axis robots,” says Karimzadeh. “The welders simply select the procedure they want to use on the HMI (Human Machine Interface). As a result, they can start welding in less than three minutes.”

The genesis of the Novarc system was to fulfill a need for pipe welding shops. “The idea behind SWR started by working with a pipe shop who wanted to automate this process,” says Karimzadeh. “They were looking for a solution that could weld pipe spools up to 30 ft long, took up a small footprint in the shop, could accommodate… Read more

Contact us to learn more about our Spool Welding Robot.