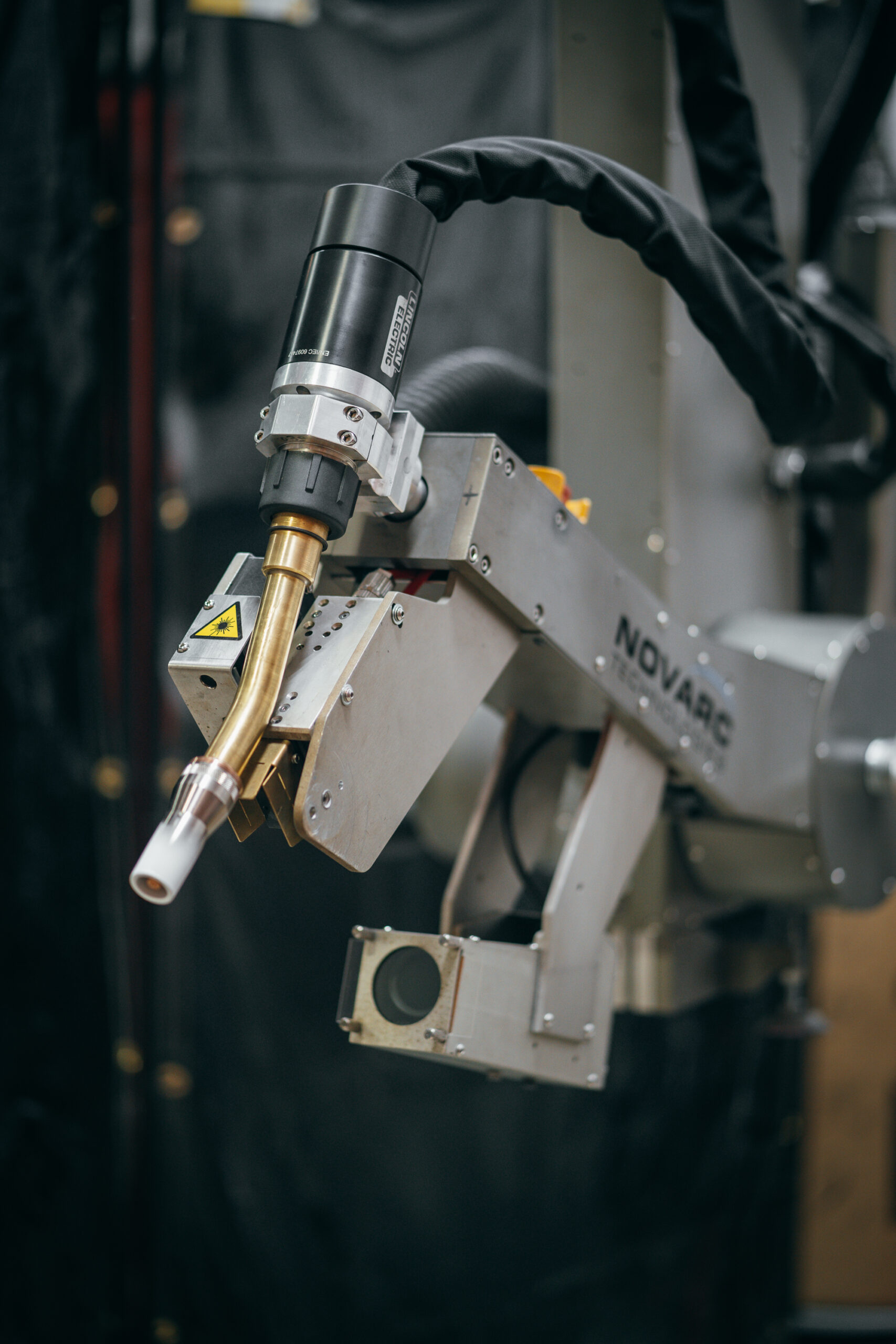 VANCOUVER, BC: Novarc Technologies announced today the company will be unveiling its new breakthrough technology, the Spool Welding Robot+HyperFill at FABTECH 2021 located in Chicago. The SWR+HyperFill is a highly efficient dual torch system that increases heavy fabrication productivity to 350-500 FDI per shift by increasing weld deposition rates, all while delivering excellent weld quality.

Novarc launched the world’s first welding cobot at FABTECH in 2017, which improved productivity on the shop floor and reduced costs for pipe fabricators. The SWR uses a floating long reach manipulator, with a three-axis robotic arm at the end, which works with a human operator to increase their dexterity and flexibility. It is designed specifically for pipe, small pressure vessel and other types of roll welding, and is capable of welding flanges, tees, elbows and reducers.

Implementation of the SWR has shown a 3-5x increase in pipe welding productivity, potentially allowing the collaborative robot’s capital cost to be recovered in an average of six to 18 months.

“We have seen productivity increase by more than 400 per cent with clients in industries such as contract manufacturing and shipbuilding. Still, we wanted to further develop the capabilities of the SWR for pipe fabricators. The outcome was the development of this new, breakthrough technology – SWR+HyperFill – which we are very excited to demonstrate at FABTECH 2021,” says Karimzadeh.

The SWR+HyperFill uses the Lincoln STT GMAW process on the root, and twin wire GMAW-P (HyperFill®) on fill and cap passes. SWR+HyperFill utilizes Lincoln Electric’s patented twin-wire GMAW solution, HyperFill, to maximize productivity and profitability. It can be used on carbon steel pressure process pipes or vessels with 0.5” – 2.5” thickness and as low as 6” in diameter. The system also has the flexibility of using root to cap GMAW or seamlessly switching to FCAW or MCAW for the fill and cap passes.

“This automation technology addresses the increasingly competitive market in the contract manufacturing and fabrication industry, constantly under pressure to decrease bid rates and project timeframes. As well, this technology helps to solve the ominous welder shortage, allowing highly-skilled welders to extend their careers, and less-skilled welders working alongside the robot to do the job that previously only highly-skilled welders could perform,” says Karimzadeh.

The Spool Welding Robot+HyperFill will be on display, and demonstration times are available, by appointment, from September 13 – 16th at Novarc Technologies booth #B23034.

Novarc Technologies is a Vancouver-based full-stack robotics company specializing in the design and commercialization of cobots and AI systems for robotic welding applications. Novarc’s Spool Welding Robot (SWR) is the world’s first of its kind in pipe welding applications. As a proven pioneer in the field, Novarc has a dedicated team of engineers and scientists to solve challenging welding automation problems that improve customers’ bottom line.

For more information or to book a demo, please contact: