Pipe Welding and the Cobot 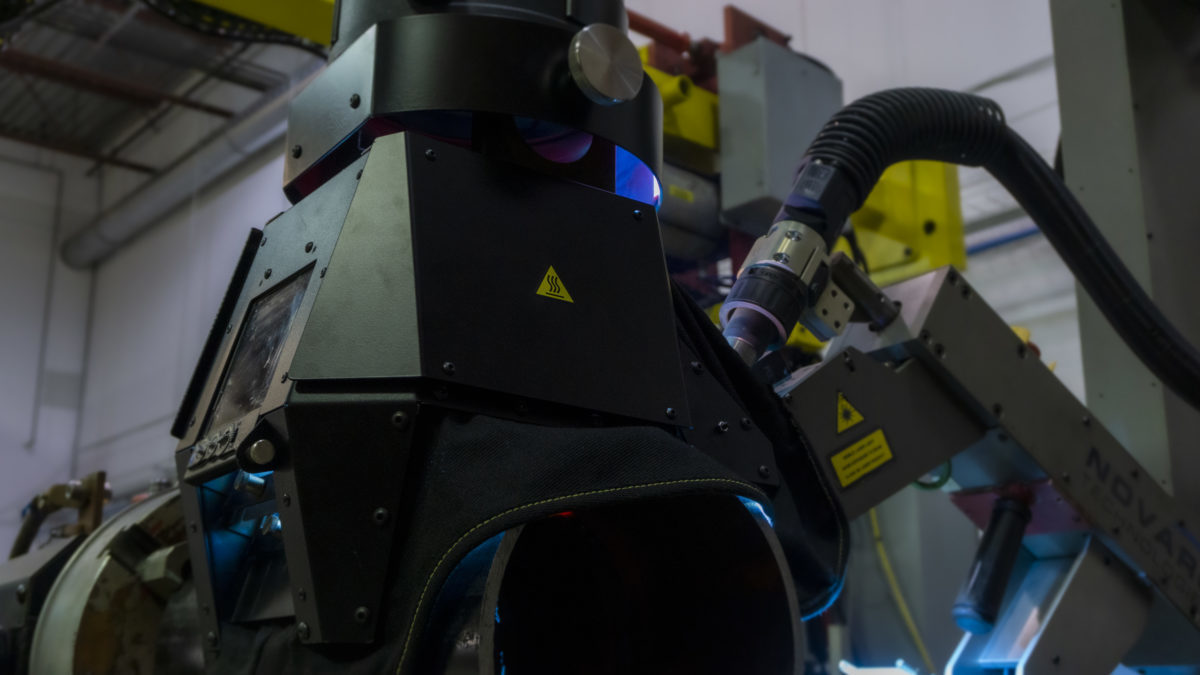 How the collaborative robot could change the pipe welding shop

Published by: THE FABRICATOR – August 11, 2019
By: Soroush Karimzadeh

Finding an experienced pipe welder doesn’t happen often these days. The industry needs more of them but doesn’t know where to find them, and so turns to automation where possible. This includes pipe spool welding and similar setups in which the pipe is fixtured and rotated.

How well automation works, both from a business and practical standpoint, has always depended on a range of variables, two of which are how the pipe is presented to the automation and how adaptable that automation is to unexpected changes. The better and more consistent the pipe weld prep, the fewer surprises, and the easier the operation is to automate.

One challenge with pipe welding automation—and with any kind of automation, for that matter—is that once a cycle starts, an operator usually can’t account for unexpected variations in root opening, the bevel angle, or roundness. A new category of robots, however, has changed the equation: the collaborative robot, or cobot.

What Makes the Cobot Unique

Nothing stops a conventional robot from moving from point A to point B, hence the need for safeguarding. Standing in its way can lead to serious injury or even death.

Not so with a cobot. Bump into a cobot and the cobot won’t keep moving unabated. It will stop. This allows the operator and others to stand near the robot during the operation itself. An operator can in this sense “collaborate” on a project, adjusting the robot motion in real time.

This has all sorts of implications for basic assembly and machine tending, areas where cobots have received plenty of media attention. But it also has some significant implications for more complex tasks in manufacturing, including pipe welding.

Pipe Welding With a Cobot

To be clear, cobots won’t be contorting themselves to weld pipes out of position, at least not anytime soon. They instead will thrive in areas that require less extreme ranges of motion, including in-the-shop pipe welding where the workpiece is fixtured on a rotating chuck. Read More…

Any cookies that may not be particularly necessary for the website to function and is used specifically to collect user personal data via analytics, ads, other embedded contents are termed as non-necessary cookies. It is mandatory to procure user consent prior to running these cookies on your website.